Short tip because I had to spend more time onto it than I wanted. If your Windows 10 often denies a shutdown and reboot instead, check the Power Management setting of your network cards. 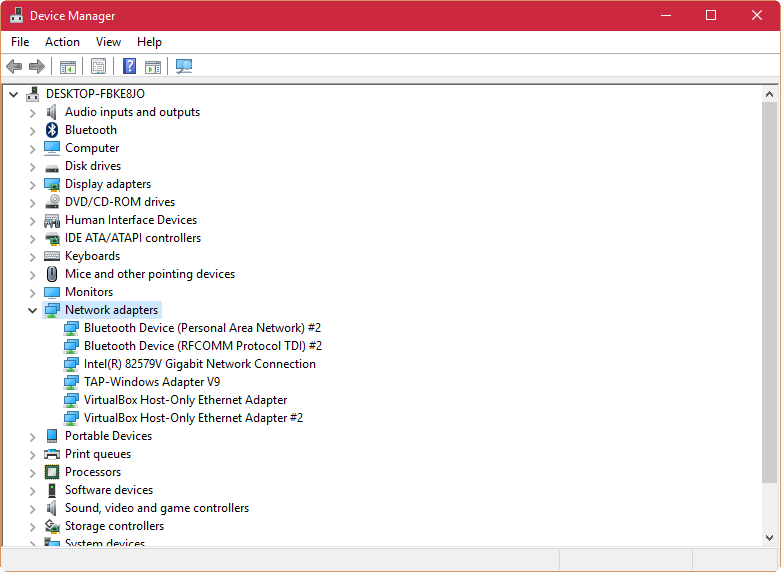 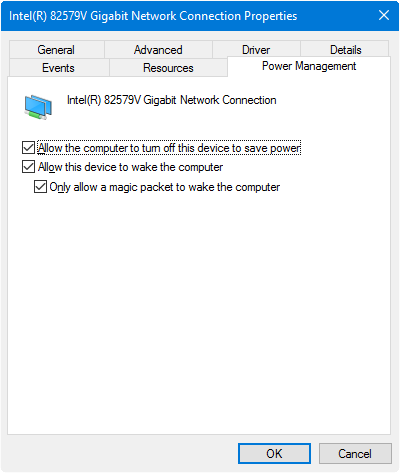 That’s it, your PC should now stay off if you shut it down. It’s possible this setting is reset after updates, so check if the problem resurfaces.

I have no idea why this feature was introduced. From my understanding that’s what the magic packet is for. So if one of my readers knows something about it, feel free to comment.

I wanted to have a fresh start and didn’t want to keep anything, but I still wanted to retain my old system and data partition as backup. I decided to use a Virtual Hard Disk (VHD) file as backup format. The advantage of this is that I can easily boot up a VM to compare my old system with my new one. Additionally Windows 7 natively supports mounting VHD, enabling easy access to the files. Thus, I created a step-by-step instruction for later reference.

Short tip for people like me experimenting with Docker: Cleaning up after you can be time-consuming and annoying. This also applies to keeping 3rd party images up-to-date. Luckily there’s Spotify’s docker-gc for housekeeping which - although very basic - does the job exceptional well. Just create one file with containing the names or IDs of all images you want to keep and one file with all the container names or IDs you want to keep and run docker-gc afterwards. Thereafter you can simply do a docker pull on the remaining images.
Here’s how I do the whole process, first cleaning up, afterwards refreshing the images which remain. As I do not conserve any containers, there is no EXCLUDE_CONTAINERS_FROM_GC:

I’m using Pocket a lot. Sometimes I use it to save articles I want to read later, very often I use it to save and tag articles with content I need over and over again. I’m using Firefox a lot. I prefer it over Chrome and I prefer Mozilla over Google. Sadly, those two worked out a “cooperation”. While this sounds reasonable for a user of both, Firefox and Pocket, it’s the opposite. Since Firefox 38.0.5 Mozilla integrated a Pocket Addon into Firefox. The same day Pocket retired their original Firefox Addon. To be frankly, the Pocket Addon Firefox uses now is crap and is inferior to the old Addon in every aspect. That’s why I packed the old Addon into a zip and provide a download link here:

Hint: If you don’t trust me, don’t install the Addon. Never install Addons from untrusted sources!

Simply open it with Firefox, install the Addon and restart the Browser. Finally you can enjoy the much better version of the Pocket Addon again! 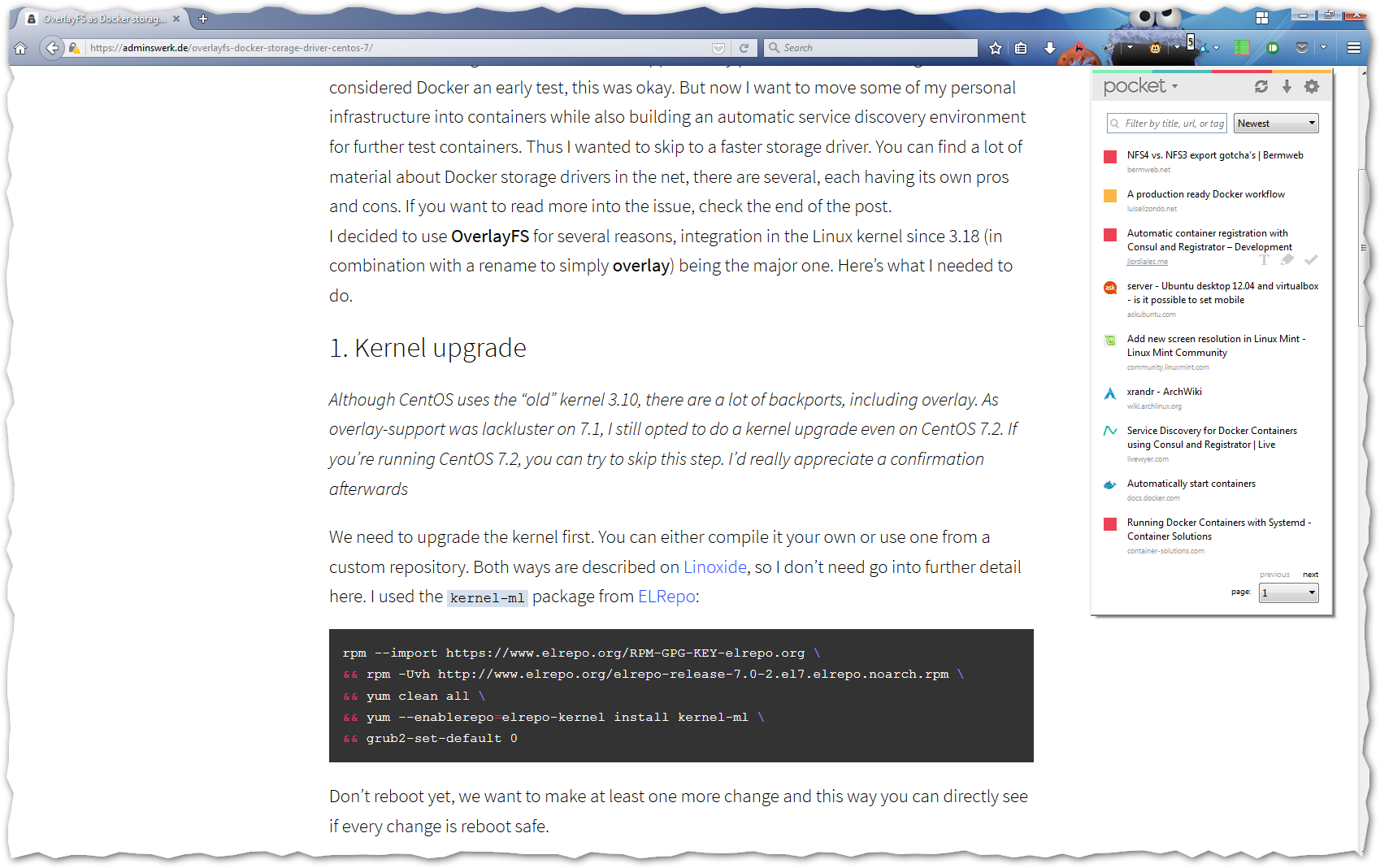 I’ve encountered this problem more often than I like to admit: I got an Ubuntu or Debian based Virtual Box guest and I’d like to change the resolution of the Desktop to one not being enabled by default. Changing the resolution temporary is easy with cvt and xrandr.

But making the change reboot persistent without using those commands in a startup script took me hours of searching the web several times as I have little knowledge with X11, only find parts of the solution and never documented the steps needed on my own… yet.