I recently stumbled over a problem on my notebook running Ubuntu 16.04 “Xenial Xerus”. When trying to connect to a new, protected Wi-Fi network no password dialogue appeared, making a quick GUI connection impossible. Creating the connection manually, entering the Wi-Fi password in the “Wi-Fi-Security” setting in the process worked like a charm. Using nmtui from the terminal also worked flawlessly.

As I didn’t connect the notebook to new Wi-Fi networks in months, I didn’t encounter this error for a long time. Therefore I had a lot of problems debugging it as I installed bazillions of updates and new packages in the meantime.

I narrowed the problem down to NetworkManager not having a way of saving the Wi-Fi password, which is normally done via gnome-keyring, specifically via gnome-keyring-daemon. The daemon didn’t seem to start properly, but even starting it manually still didn’t make a difference. The logs still complained:

Finally I found the solution in an askubuntu question. Nearly half a year ago I installed Flatpak so I could install FeedReader. One of the dependencies was dbus-user-session. This package seems to have problems with the gnome-keyring-daemon in 16.04 rendering it defective. Purging the dbus-user-session package and its dependencies solved my problem and the Wi-Fi password dialogue appeared once again. 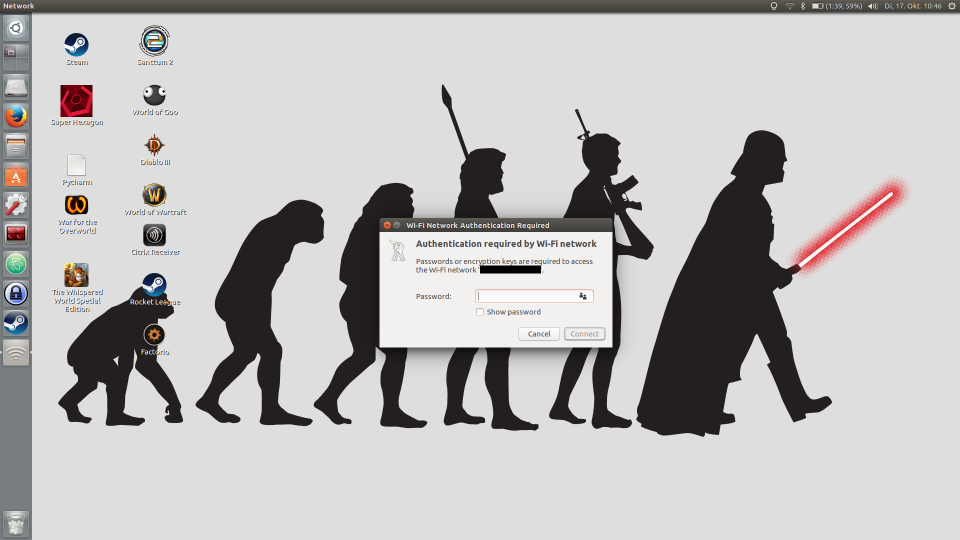 I still had a problem with the NetworkManager applet in the tray, but this could be fixed with an apt install --reinstall network-manager-gnome and a reboot afterwards.